On 22 November 1995, the Employment Law Institute held its inaugural meeting in Auckland and passed a resolution that the society be incorporated.

The following day, Keith Leigh Peterson of Auckland, Employment Law Consultant, and member of the Institute, made an application for incorporation to the Registrar of Incorporated Societies.

Keith was supported in his application by 15 other members of the Institute. You might see some now well-known names and signatures here, including J Horn (then “retired judge”), W C Hodge (then “Law Lecturer”), and the late R Monaghan (then “Solicitor”). 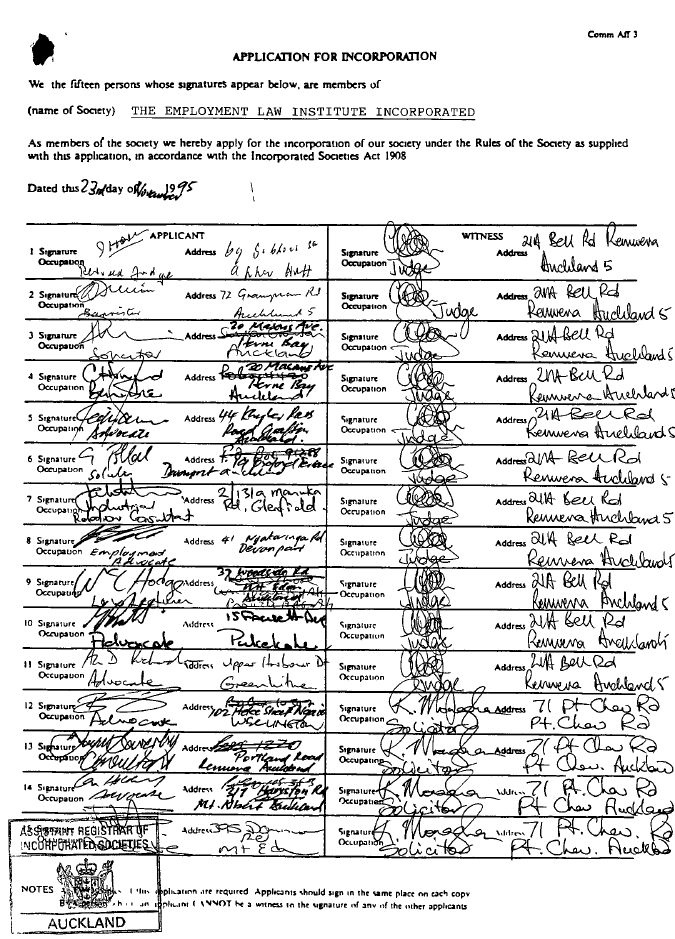 The initial board of the Institute included some other now well-known names:

Signup for the ELINZ Newsletter