We are pleased to introduce our two Life Members; 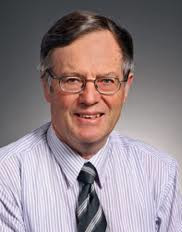 Ross joined ELINZ in the early 1980s and was also a Member of the Executive Committee. He was instrumental in the drafting of the ELINZ Constitution and Code of Conduct.

Ross’ qualifications include an LLB from Victoria University in Wellington, an LLM (also from Victoria), and an LLM from the University of Virginia in the United States. Ross was admitted as barrister and solicitor of the High Court of New Zealand in 1969.

Ross was also an accredited mediator with LEADR (now the Resolution Institute and was a LEADR panel member for many years.

Further information about Ross can be found on LinkedIn.
Ross is now retired.

Former Chief Judge of the Employment Court, Graeme was the Patron of ELINZ for 12 years, from 2005 to 2017.

Graeme graduated LLB (Hons) from the University of Auckland in 1976 and was admitted to the bar in the same year.  He practiced as a barrister and solicitor in the fields of employment law, family law, criminal law and general civil litigation until 1987 when he became a barrister sole.

In his past, Graeme also lectured undergraduate and graduate classes at the University of Auckland, Waikato University, Victoria University (Wellington) and AUT University (Auckland).

Graeme is now in private practice. Further information about Graeme, including his contact details can be found here: https://www.graemecolgan.co.nz/

Signup for the ELINZ Newsletter